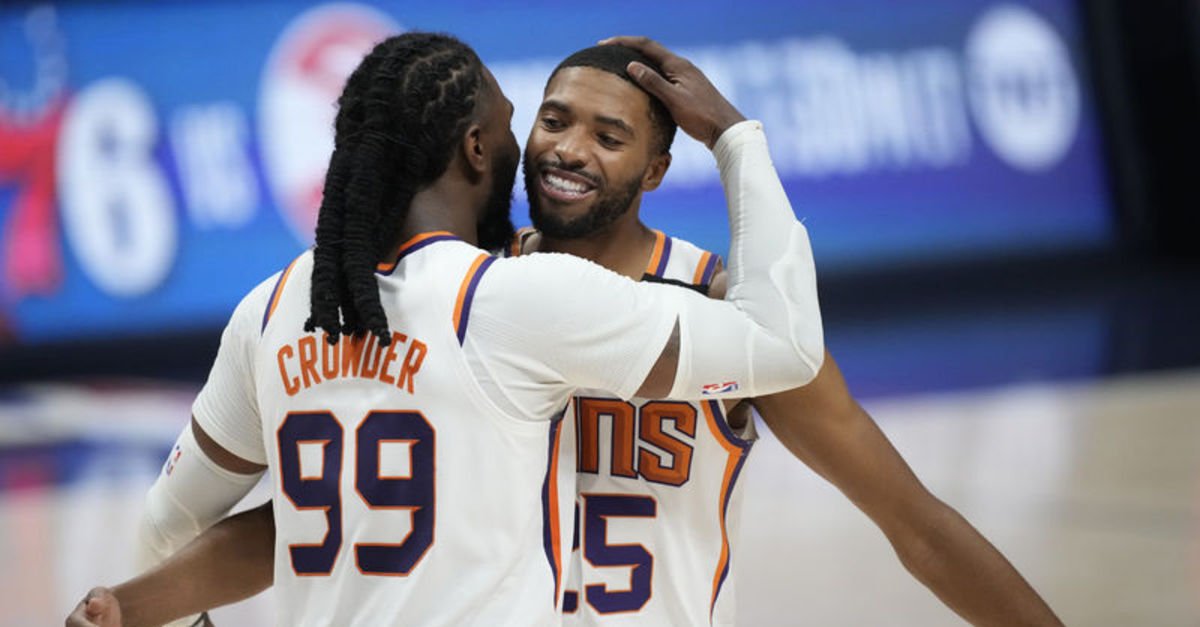 The NBA play-offs continued with two games. The Suns host the Nuggets in Game 4 of the Western Conference semifinals series.

After winning the match at Pepsi Center 125-118 and winning the series 4-0, the Suns reached the conference finals for the first time since 2010.

Chris Paul was the star of the night in the Suns with 37 points, 7 assists and 3 rebounds, Devin Booker with 34 points and 11 rebounds double-double.

The Phoenix Suns will face the winner of the Utah Jazz-Los Angeles Clippers matchup in the conference finals.

BUCKS CAUGHT THE TIE IN THE SERIES

The Milwaukee Bucks beat the Brooklyn Nets 107-96 and fell 2-0 down 2-2 in the Eastern Conference semifinals.

Giannis Antetokounmpo was the architect of the Bucks victory with 34 points, 12 rebounds and 3 assists, while Khris Middleton had 19 points, 4 rebounds, Jrue Holiday had 14 points and 9 assists.

In Nets, Kevin Durant’s 28 points, 13 rebounds and 5 assists, Kyrie Irving’s 11 points, 5 rebounds and 2 assists could not prevent the defeat.

Tokyo Olympics: Only 30 seconds allowed to take off the mask at the medal ceremony

Parliament is not functioning as government is not accepting demand for open debate on Pegasus spying case: Congress

VIDEO: 300 feet high sand storm in this city of China, this scene was shown

The video of the storm has surfaced. Beijing: A scary scene was seen in the …